There are so many things that happen each week that make me think, 'I should totally blog about that!'  But before I can do that I have to get back to work, or make dinner, or something.  And I never quite have time to take the idea from that awkward space between too long for Twitter and not long enough for its own post.  So here are a few things that popped into my head this week: 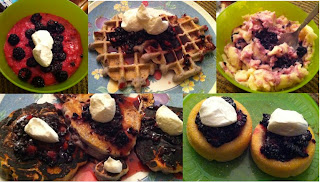 Posted by unionjgirl at 3:30 PM

Email ThisBlogThis!Share to TwitterShare to FacebookShare to Pinterest
Labels: random