We had a sort of a picnic lunch last Friday at work, so for part two of my coconut, lime, and Chex adventures I made some cereal treats.  They fit all of my criteria for an outdoor potluck: easily transportable, easily eaten, and not affected by temperature.  Plus, hey, it's gluten-free!

I'm starting to think that Rice Krispies really are the best cereal for making cereal treats.  My Big Red Treats were intriguing (mostly because it was cereal that tasted like Big Red soda), but the spherical shape didn't lend itself to sticking together.

These cereal treats, similarly, taste yummy, but the squares of the Chex make it hard to really pack a solid bar of treats.  That made the treats a little loose and crumbly in places.  Perhaps if I crushed some of the cereal ahead of time, that would help.  Some extra marshmallows might also help to provide extra 'glue'.  So if you want to try these, you might want to just go for all Rice Krispies.  In which case, you'll probably just need six cups.

No matter what cereal you use, they will taste good.  I really like using the Kool-Aid in the treats and the glaze, it gives them a sour kick.  I'm thinking that for Halloween I might make some orange ones, then I can call them Rice Krispy Trick or Treats. 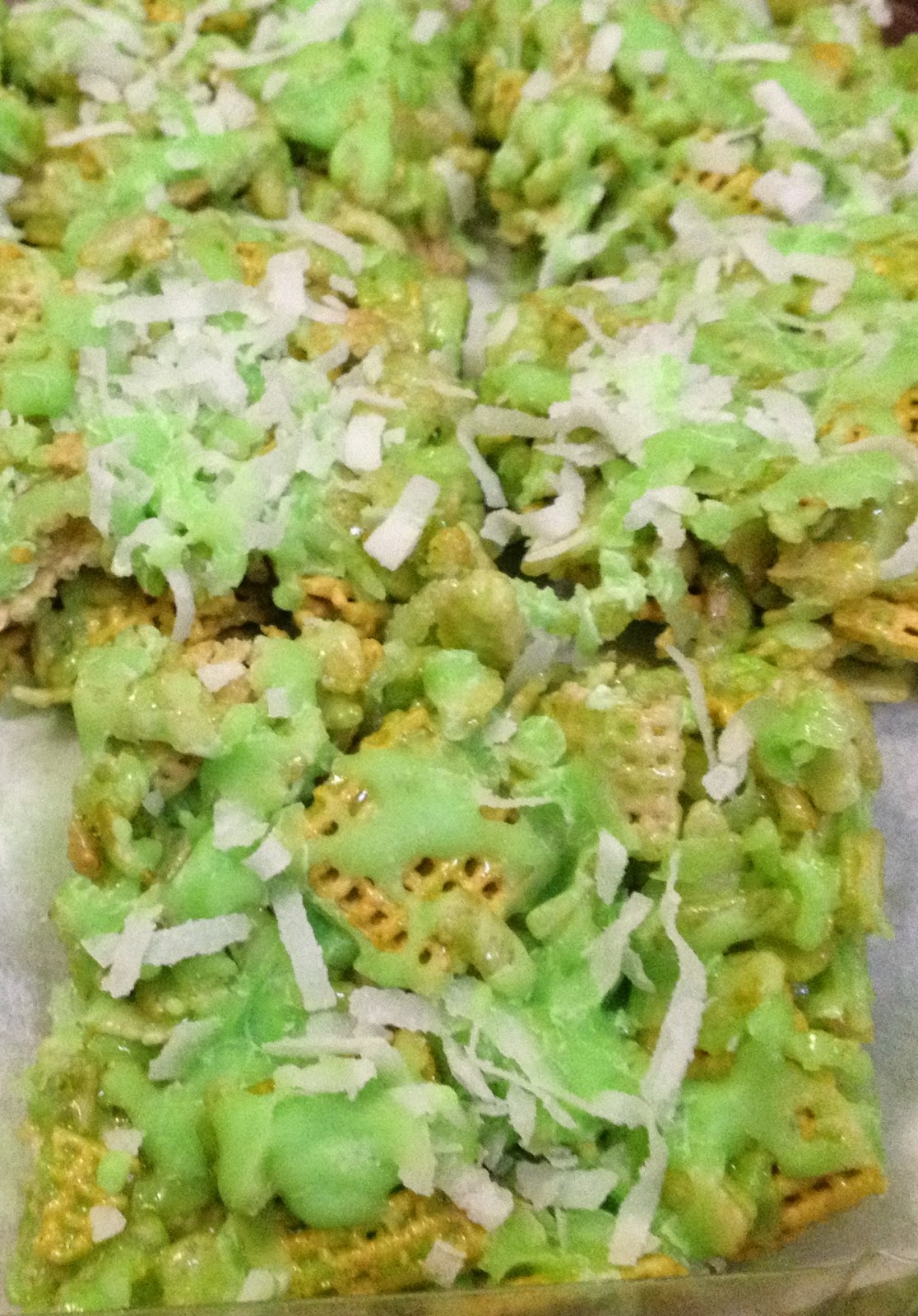 Posted by unionjgirl at 4:15 PM