5KCBWDAY6: Every day is Mother's Day

Views Of Others, Views Of Yourself.  Write about another knitter or crocheter that you admire...Next, think about if anyone has ever told you how they feel about your knitting, positive or negative.

I'm sure that, if pressed, I could come up with some other knitters that I admire.  But really, when I read this prompt, I knew that there was no one I could possibly pay homage to before my mother.

My mom knit for years before I was born and when I was little, but her crafting went into hiatus when we moved from Germany to Texas when I was three years old.  The reason, as you can imagine, was the heat.  Woolen cables are just not as desirable in a summer that can last six months.

It wasn't until I went away to college and joined my campus' Stitch 'n Bitch group that I even realized that my mom was a knitter.  Thankfully the yarn selection had come a long way in 15 or so years beyond itchy, too-warm woolens and she could imagine knitting again, so as I was discovering the craft for the first time, she was rediscovering it. Here was her first second-time-around project: 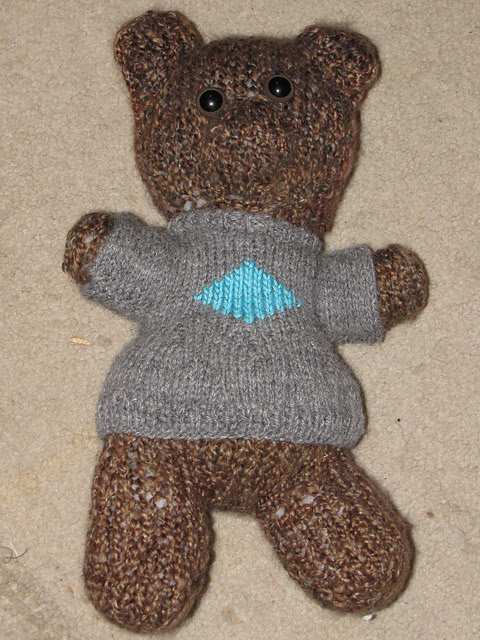 While she was making a teddy bear, I was struggling with my first scraggly scarf.  You know the type, where each row is a different width and when you take it out again years later you don't even know how you created and lost so many stitches.

Since then, she's made so many cool things: 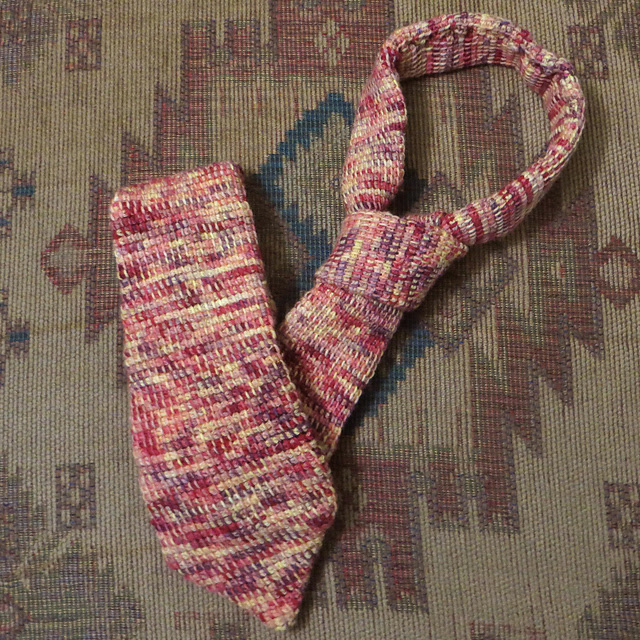 Mosaic dishcloths for the Yarnorama swap 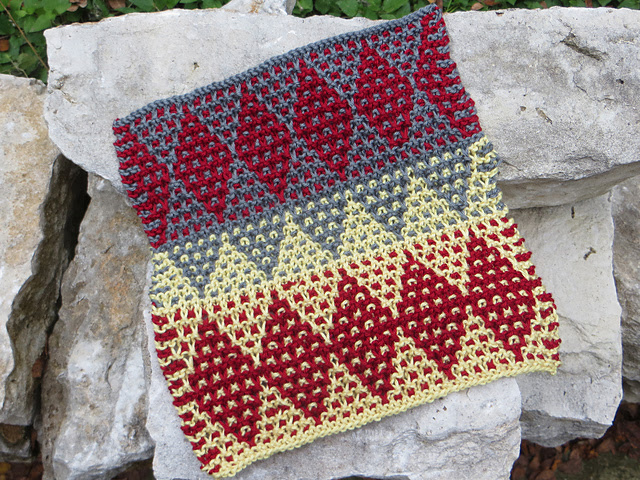 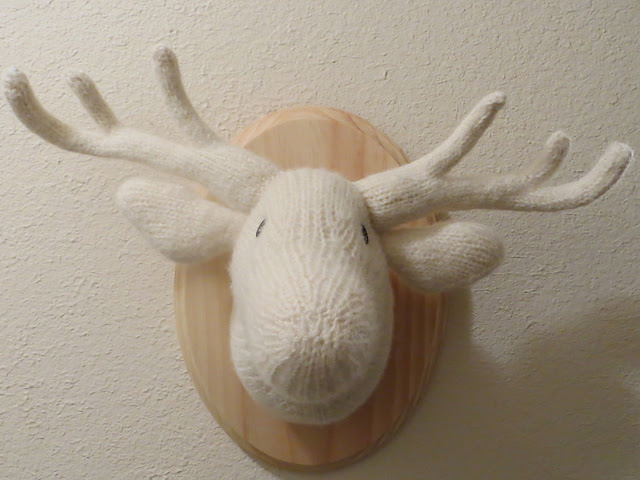 Lots and lots of shawls 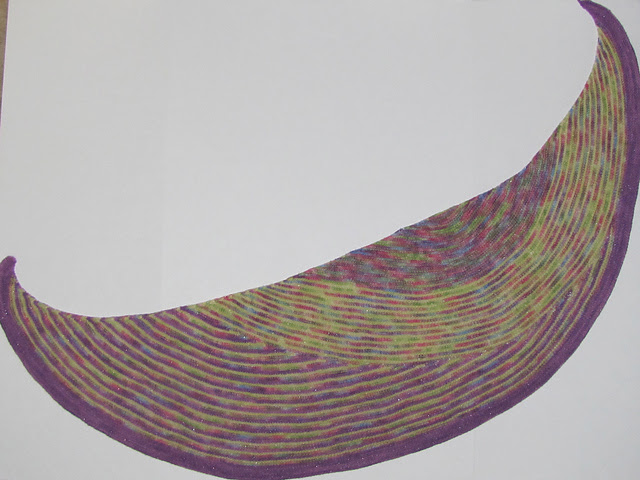 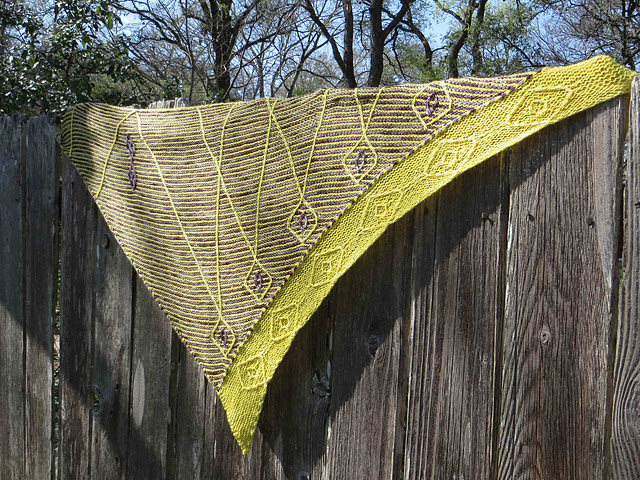 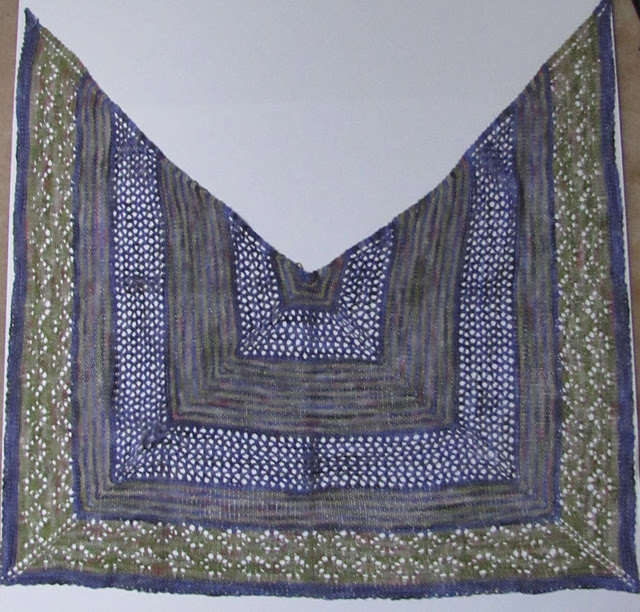 That's just a random sample, you've already seen some of the others that she's done for me, like my Blackberry cardigan and Sasha skirt.  There's nothing she can't knit.  Although she doesn't like to knit socks.  So there's my opportunity to do something that she doesn't.

I don't know that anyone has ever expressed any feelings about my knitting, either positive or negative.  The only thing coming to mind is strangers telling my how colorful my Fruit Loopy Shawl was.

For more 'Views Of Others, Views Of Yourself' posts from day six of Knitting & Crochet Blog Week, search on the 5KCBWDAY6 tag.

Posted by unionjgirl at 3:46 PM