New Year's Eve is an interesting holiday, food-wise.  Thanksgiving has turkey and cranberry and pumpkin, Christmas has candy canes and potato salad (at least in my family).  But New Year's Eve has kind of a random flavor profile, if you will.  There's champagne, of course.  And…black eyed peas?  Hmm, no thanks.

So when our knitting group had an all-day get-together, aside from being complete with potluck spread of veggies, chips, dip, and fruit, it was entirely up to us what we wanted to eat.  There were no real traditional norms to guide us.  Ultimately, we decided that we fancied baked potatoes.  Because they are delicious.

Also delicious: lime.  Winter doesn't strike me as the time of year for citrus necessarily, although the last time I was in Central Market they seemed to be kicking off a citrus extravaganza, so maybe my mom just didn't realize how on-trend she was when she suggested a lime dessert.  Apparently her sister would always make her something called lemon posset, and that got her thinking about a lime pot de creme.

Essentially, a pot de creme is a custard.  Creme brûlée is a pot de creme that's been torched to have that fancy sugar shell.  Leaving out the brûlée part and adding in some tart citrus flavor makes for a super-simple dessert that tastes delicious.  And what makes it even more simple in the recipe I found was that it uses sweetened condensed milk, so you don't have to dissolve any sugar or anything.  Just mix, pour, bake, and chill.  And then, of course, enjoy.  That's the easiest part. 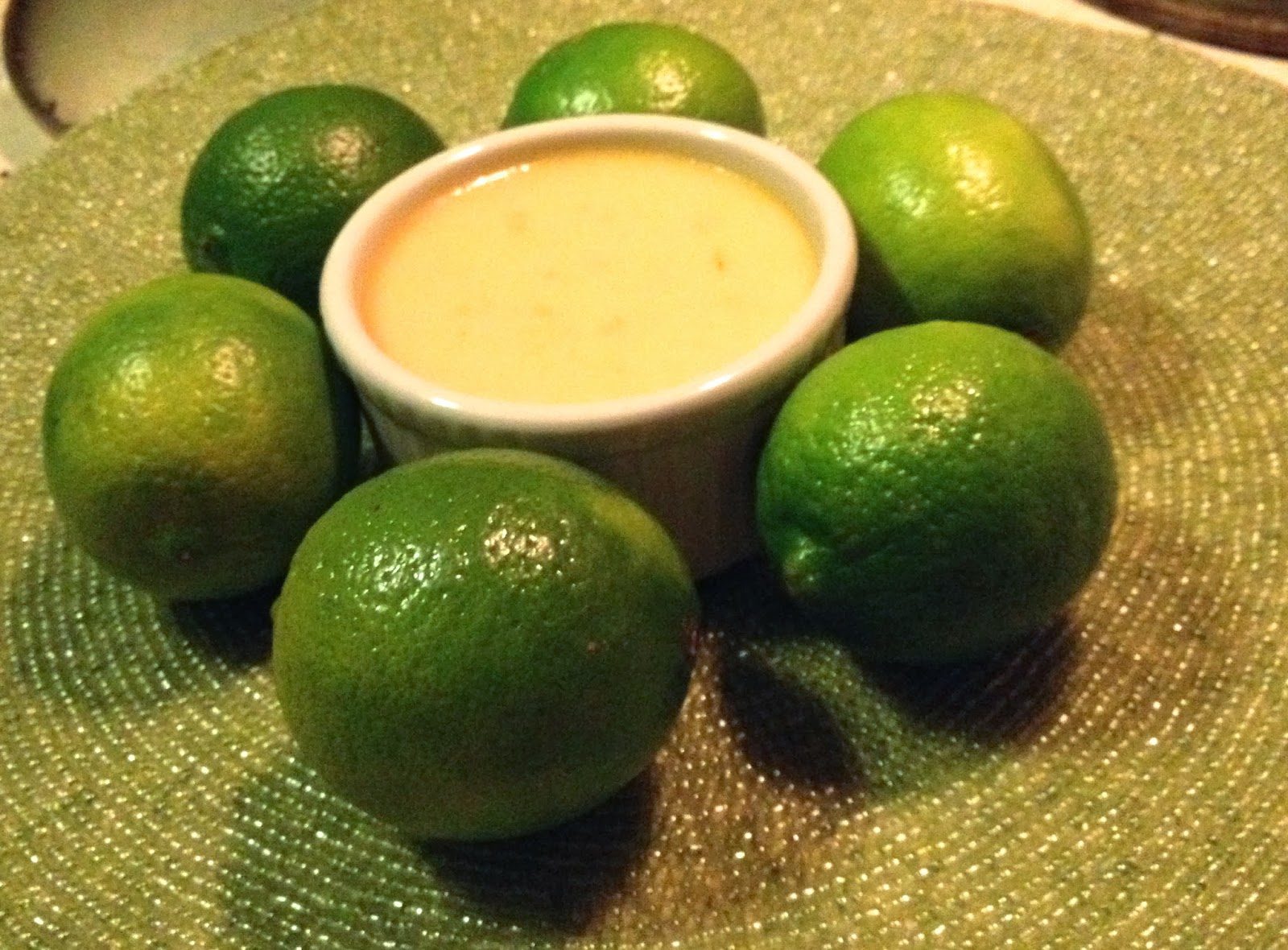 Posted by unionjgirl at 4:16 PM