My Key Lime Pot de Creme was my last dessert of 2013, but I came into 2014 with a few extra limes left over.  And so, I decided that the first office treat was going to be something a little less fancy-sounding, but just as delicious.

This doesn't require a water bath, or anything more complicated than mixing and layering.  Well, except for the part where you should try and remember to bring spoons for serving.  I had planned to grab plastic ones from the cafeteria, but didn't remember until after they had closed for the afternoon, so I had to beg some forks off of the administrative assistant.  Whatever works, right?  The next option would have been those little stir straws from the coffee shop, which might have turned into some kind of chop stick strategy.

It sounds like a joke, but it might have been worth trying, because people loved these.  Including me. 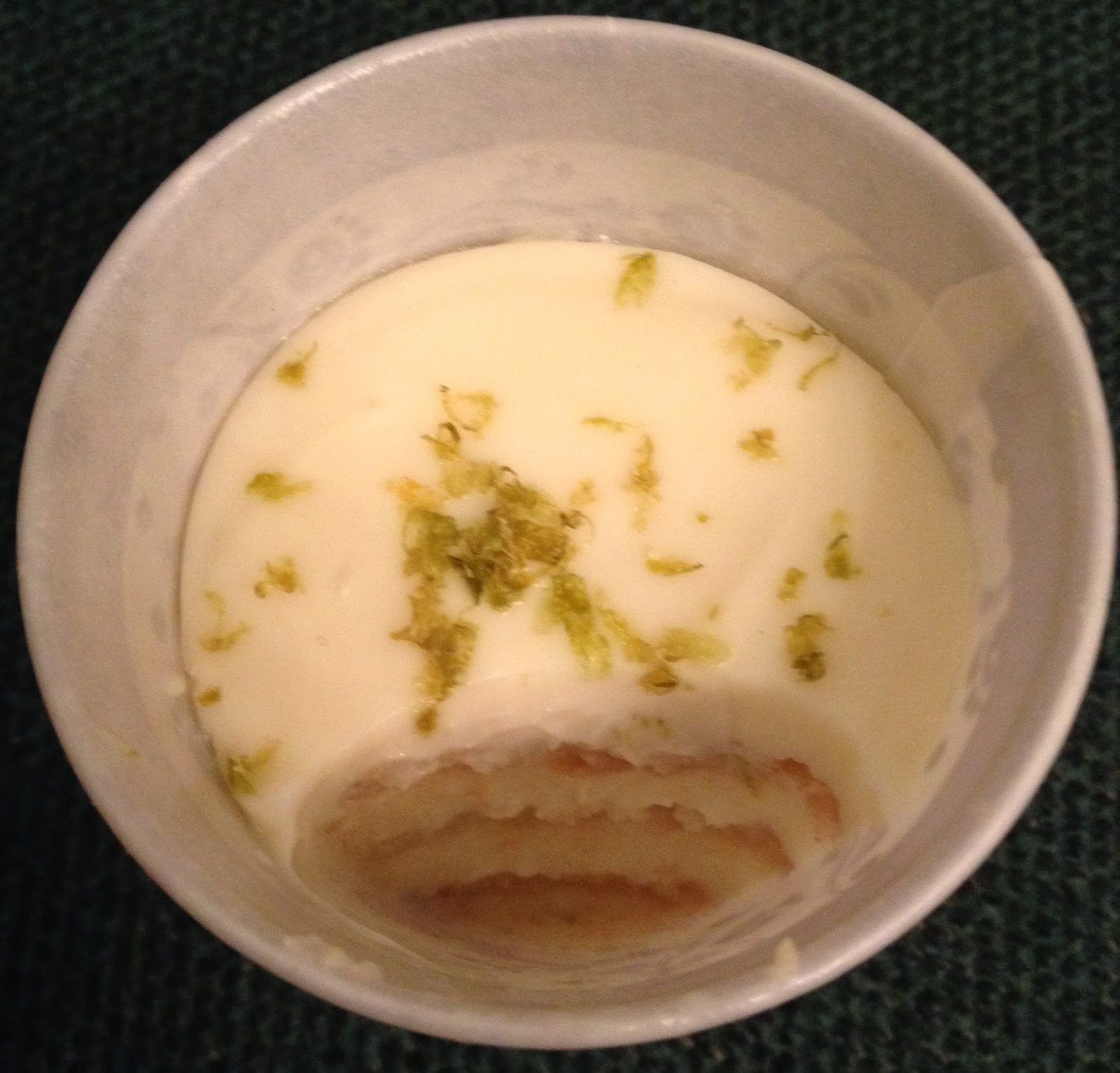 Posted by unionjgirl at 5:24 PM