I felt a little unseasonal bringing Lime Cracker Parfaits in for the first week.  I think of citrus flavors as a refreshing flavor for hot weather, and that tart sensation feels somehow wrong when it's so cold outside.    If you're going to have a refreshing winter sensation, it should be peppermint, right?

Of course, trying to match baked goods to the weather is a futile effort in Texas, because there is just no telling.  Last week, for example.  There it was, lovely and mild in the high 60s, and then two days later we had a snowpocalypse.  Well, a snowpocalypse as far as Central Texans were concerned.  What people who have real winters would see is less than an inch of sleet and a little bit ice on the overpasses.

Put it this way: there is more minty glaze on these brownies than there was snow on the ground.  Unlike ice on the roads, though, you can never have enough minty glaze. 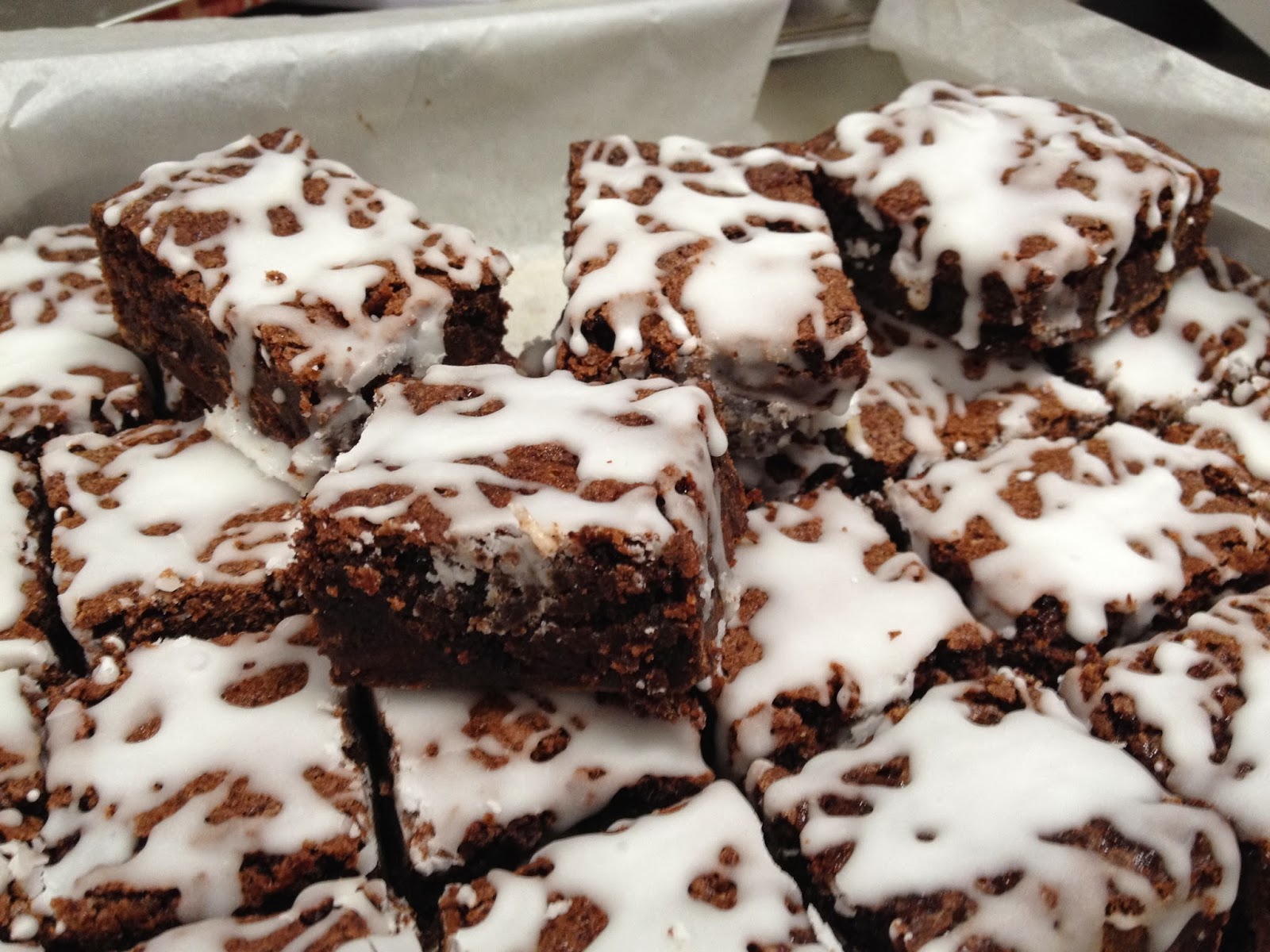 Posted by unionjgirl at 5:47 PM