Leftover puppy chow.  Now there's something I never thought I would have.  But I guess when you make a double batch, then hoard it just a little, it can happen.  And it happened to me just after Thanksgiving, and resulted in a recipe that I didn't get a chance to share with you until now.

First, I should explain that by puppy chow I actually mean what most bloggers call Muddy Buddies, which is kind of like cake balls versus cake truffles.  It sounds nicer, and people don't do a double take when you tell them you're bringing Muddy Buddies the way they do when you say puppy chow.

Whatever you call it, it's traditionally Chex cereal combined with chocolate, peanut butter and powdered sugar for a deliciously addictive sweet snack.  In this case, I wanted to experiment with a different kind of chow, a lemony chow.  I used Lemon Tree Dwelling's recipe which essentially substitutes lemon curd for peanut butter to make a really yummy citrus version. 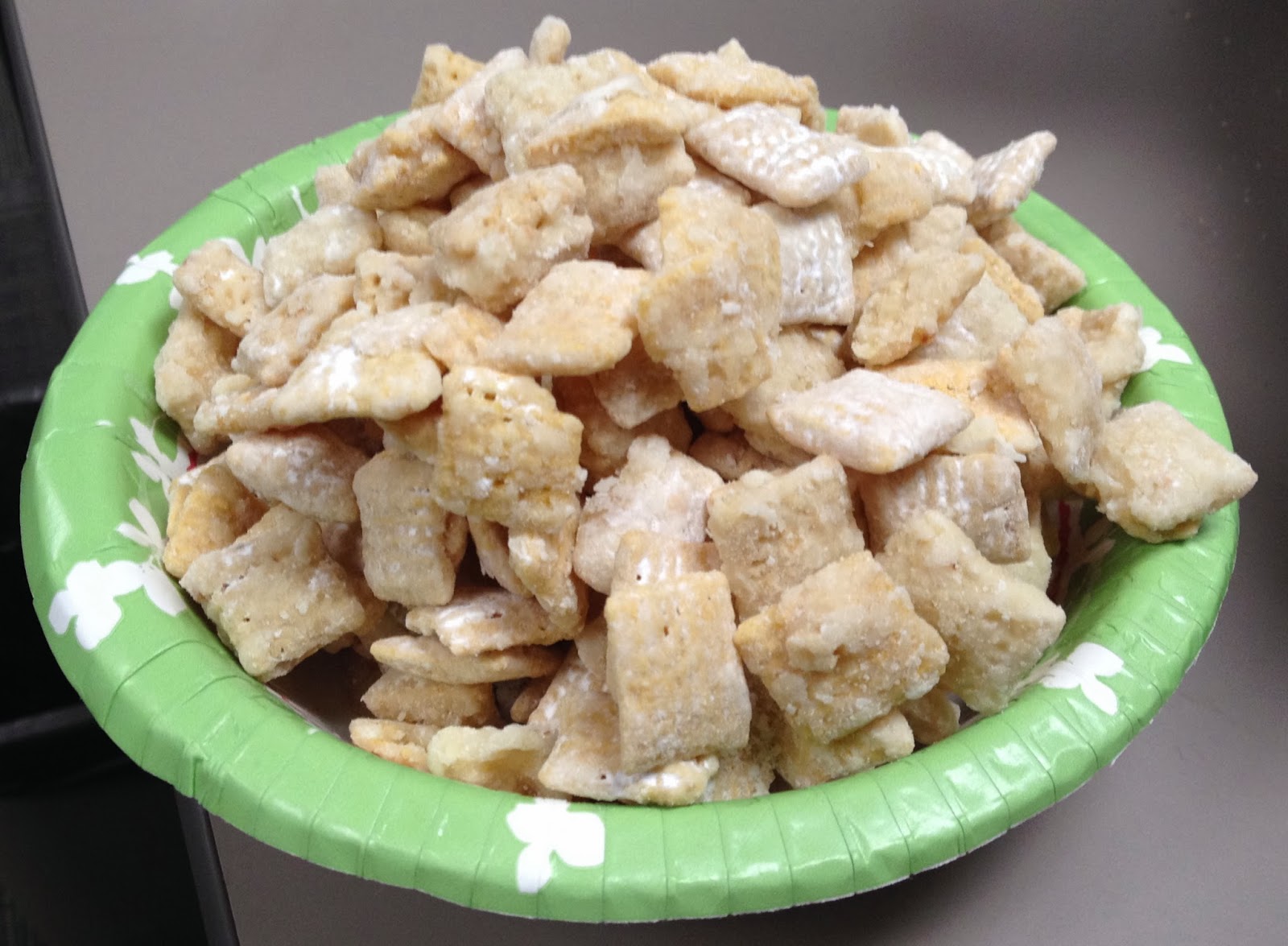 It was a great addition to the smorgasbord of food we had at Thanksgiving, a kind of mid-afternoon snack between lunch and the actual dessert of pies and cheesecake.  So I made a little more to bring into work.

If there's any downside to this chow, it's that it gets a little soft faster than the original version.  There's nothing wrong with it, but it loses that cereal crunch.  We all know how I feel about using leftovers, so I decided that these could be used in just the same way that cookies can to create a crust.  And I was in the mood for cheesecake, so I decided they would be cheesecake bars.  And then, to keep to the Thanksgiving leftover theme, I swirled in some of my slow cooker cranberry sauce, because I love any excuse for more cranberries.  I didn't add too much, though, because I didn't want to mess up the delicate balance and end up with unset cheesecake.  This way it was pretty in just a little bit of pink.

A great end to a year of cubicle kitchening, and another year starts tomorrow…stay tuned!

Directions
Posted by unionjgirl at 5:07 PM