Last year I joined the Kickstarter campaign to bring Veronica Mars back from the mists of cancelled TV time to make a feature film.  And a few weeks ago that film made its world premiere right here in Austin at SXSW.

In honor of the movie, I was, to quote Wallace in the premiere, 'just dying' to bake something:


And from that moment on, marshmallows have been associated with this troublesome teenage detective.  Somehow, I always forget that part about the Twinkie.  Personally, I think Veronica is far too unique to be a Twinkie, though she might have the same capacity for survival.  So I made my own marshmallow treat for her.

If I'm honest, she would probably think these were a bit too baby shower pink.  I'm sure Logan would have something sarcastic to say about them.  But they are such pure sugar-high deliciousness, I still think she would bring them to a stake-out.  I know they made the rest of the afternoon better for my coworkers after they ate them at klatch.

And as with most of my favorite recipes, there are so many flavor possibilities.  You are limited only by the gelatin aisle of your grocery store.  I've seen both cranberry and green apple in stores at various times, I'm thinking I might need to bring those out for fall... 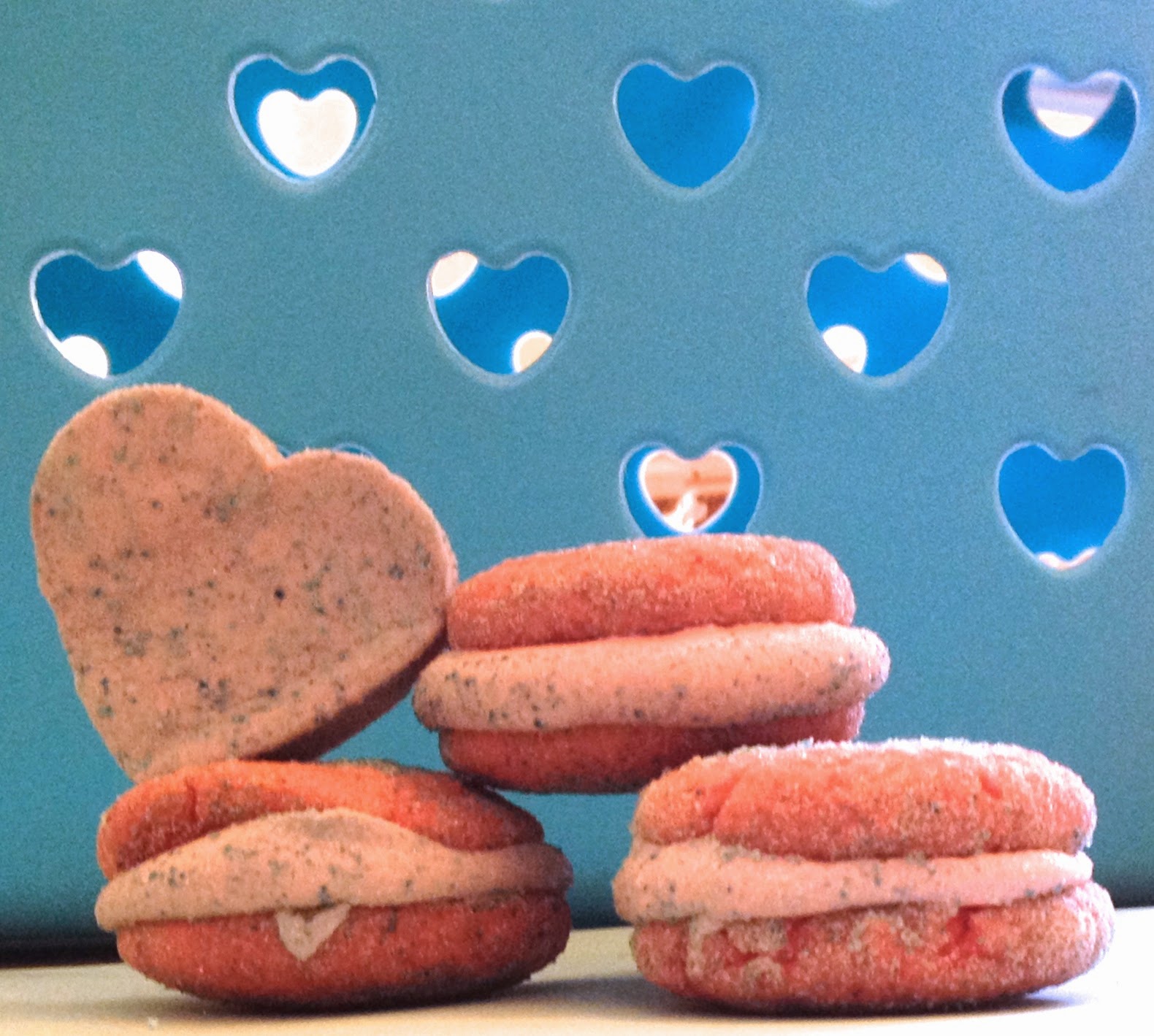 For the cookies:
For the marshmallow:
(My original source for the recipe has been lost to the interwebs, but I found the same one at Everyday Nutrition: Homemade Marshmallows.  I'm going to go ahead and document it here for posterity.)
* I used Cherry Jello for both the cookies and the marshmallow (and Berry Blue for rolling), but you can use any combination of flavors you like.  I have not tried using sugar-free versions.

There will be leftover marshmallow, feel free to complete the remaining directions for making marshmallows, namely:
Posted by unionjgirl at 6:37 PM