After my foray into wittily-named baked goods, I started thinking of these as 'Zombie Marilyns', but I already had to explain what Monster Blondies were, so getting any more witty would have negatively impacted understanding.  And since my work is all about creating understandable, usable content, it would be ironic for me to name these something that confused them and kept them from being able to eat them.

Basically, I took smitten kitchen's wonderful base recipe for infinitely adaptable blondies and overloaded it with even more add-ins than she allows for (making them into monsters), then used a much larger pan to make them thinner.  They end up a little more like thick cookie bars than brownies.  But really, I'm not sure where the line is drawn between blondies and cookie bars.  They are moist like fudgy brownies, but with the slight chewiness of a cookie.  Making them thinner also allowed me to slice them into long, narrow triangles rather than the usual small square.

I also tried to get a little cute with my photo for these treats.  Since they had 'Monster' in the name, I wanted to take their picture with my own knitted monster, Union Jack.  And because I had cut them into triangles, it seemed like a fun idea to arrange them like bunting for a little monster party.  Here's the best picture I was able to take:

Now, while I think this is adorable, it's not really the best way to feature the recipe.  So I took a slightly more boring but informative photo as well.  I'm just going to have to rely on the colors of the Mini M&Ms to draw you into the deliciousness. 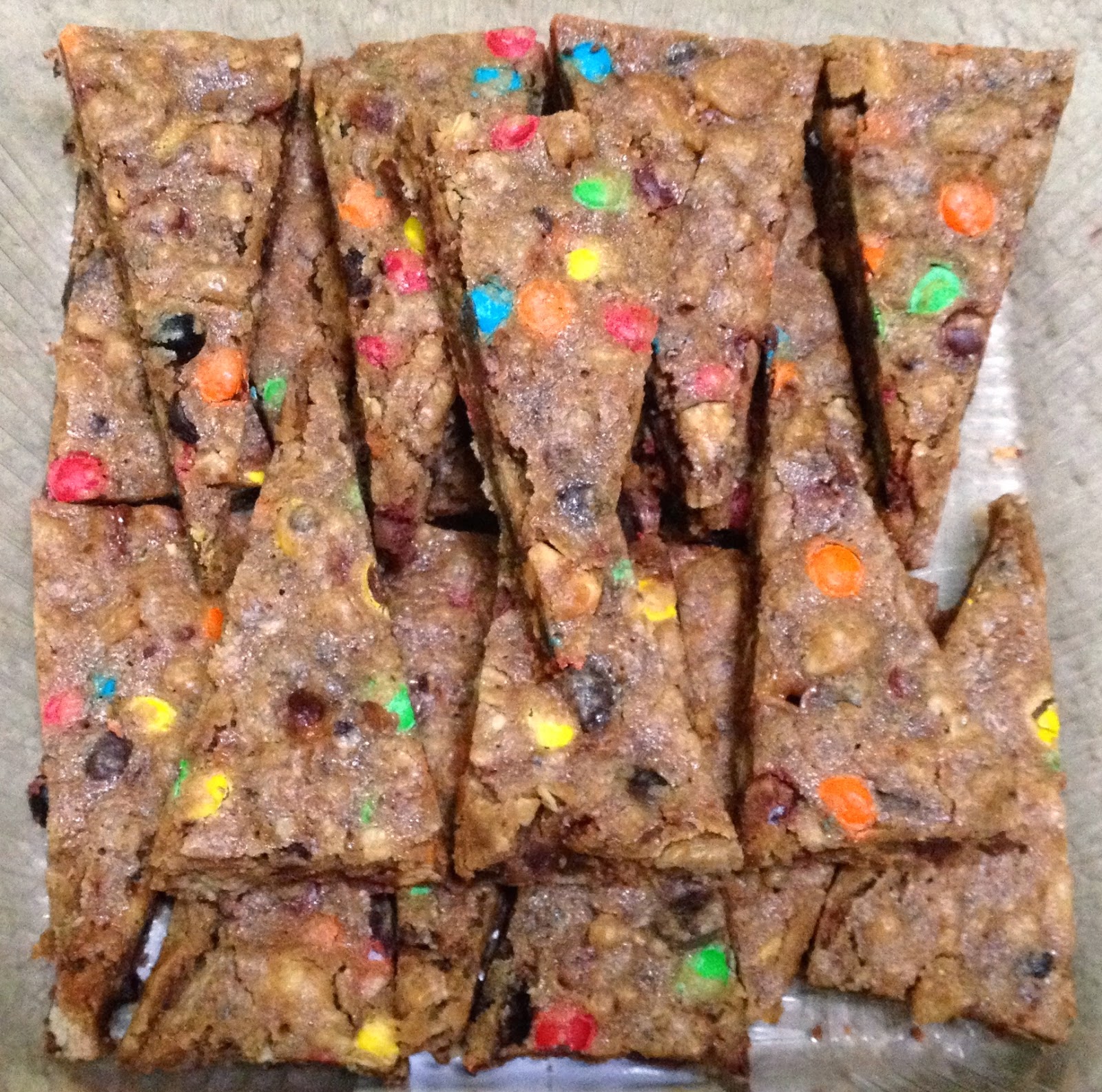 Posted by unionjgirl at 2:50 PM