Normally I would give these a 'real' name and save the witticisms for my own inner giggles, but I just love this one too much.

It was a while ago that I reduced root beer into something like corn syrup.  After making Creamy Root Beer Float Bars, I was waiting for another good way to transform a recipe that used regular corn syrup and give it some root beer edge.  It needed to be something that took advantage of the root beer, not something where there was just a tablespoon of syrup and no one would be any the wiser.

What I love about these is that they take the innate spiciness of root beer and translate it into a cookie that's traditionally a different kind of spicy: the snickerdoodle.  Where those are usually cinnamon sugar coated, I thought that the addition of clove would bring out some of the sassafras-ness of the root beer. Because these don't have any egg, they are more chewy and dense than the snickerdoodles I usually have.  But I think that would make them perfect for topping with some frothy frosting, or sandwiching around some ice cream.

Because I am never not thinking about a root beer float. 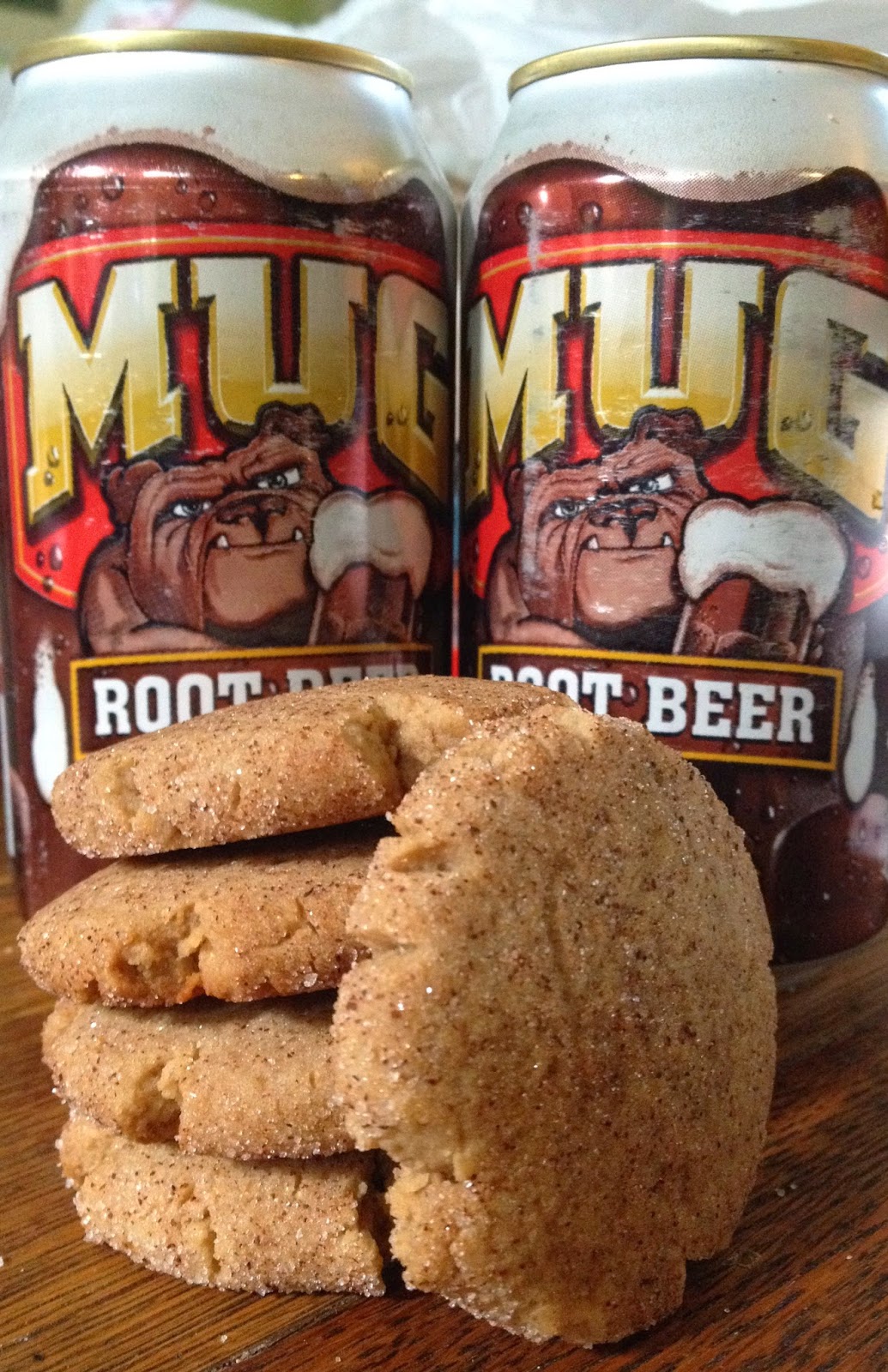 Ingredients
* To reduce root beer: pour several cans of root beer into a heavy-bottomed pan and simmer until it has reduced to the consistency of corn syrup, stirring occasionally and making sure it doesn't burn.

Posted by unionjgirl at 5:17 PM