Baking for someone can sometimes be as tricky as buying them a present, in that it's hard to know what they really want.  And all they can offer you is that they'll love whatever you give them.  So when one of my coworkers announced that he was going to leave, I had to do some thinking to figure out what kind of dessert to bring to his going-away lunch.  Because obviously I was going to bring something.

The only hint I had as far as flavors was that he had headed straight for some java chip cookies at a recent event where we had all been lured in with cookies in exchange for participation.  So I knew that I needed some kind of coffee buzz.  And then, because it was a lunch event rather than the usual coffee klatch, I decided that it was the perfect time to whip up a pie.  People would already have their own plates and forks, so all I needed was the pie and a server.

From there, I took inspiration from a couple of places, like the Kraft recipe for Fudge-Bottom Candy Crunch Pie and Cupcake Project's How to Bake with Coffee post.  After putting various ideas together and playing around with what I had in my pantry, I ended up with something unique.  It's a give and take of shortcuts (pudding mix, pre made pie crust) and techniques that make it special (steeping the coffee beans, whipping the cream).  And adding a bar of chocolate never hurts.

I wouldn't want to send anyone away from the team hungry, after all. 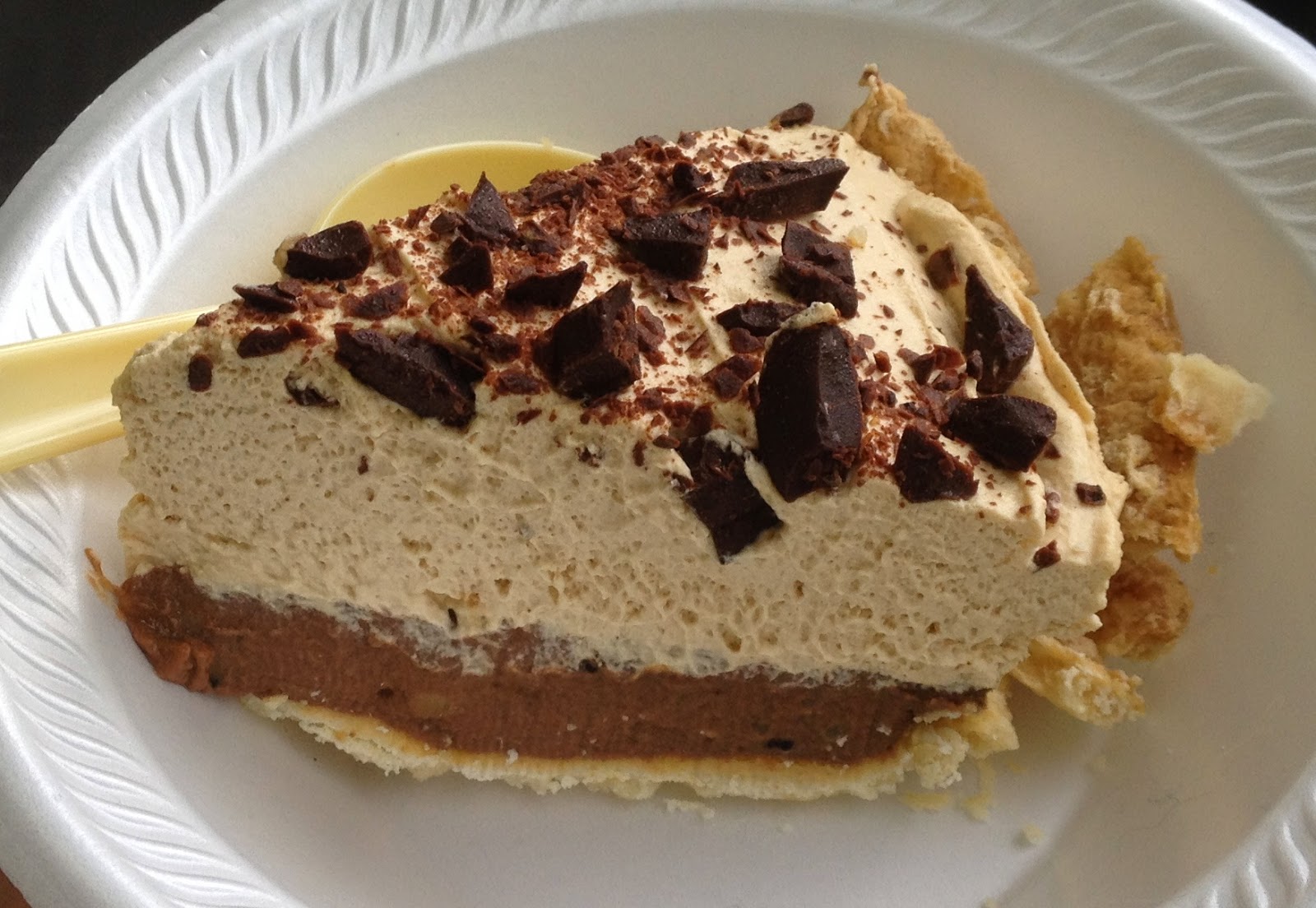 * You can use your favorite recipe, buy the crust to roll or already in the shell (mine was in the shell).  You could also substitute a graham cracker or cookie crumb crust if desired.

Posted by unionjgirl at 4:52 PM