I showed you most of my FOs from the Jane Austen swap yesterday, but here's one that I thought deserved its own post.  Inspiration is always an important part of these swaps for me, extracting something from the theme, mixing it in with the likes and dislikes of your spoilee, and applying it to something you can create.

In this case, I took some Kool-Aid, some bare mini-skeins, and more than a dozen quote from Austen works to create a collection of colorways that I called 'Shades of Pemberley' (as in, are they to be thus polluted?).  As always, home dyeing is about tempering your intentions with your results, and just enjoying the colors however they turn out.

So here are the shades of Pemberley: 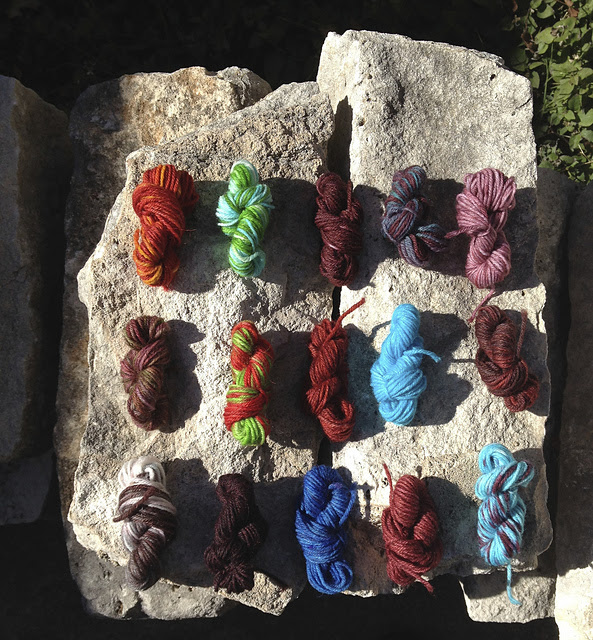 And here they are a little closer up, followed by their inspirational quotes:

From left to right:

From left to right:
Bottom row:

From left to right:
For more inspiration, go to Woolen Diversions.
Posted by unionjgirl at 5:50 PM