It may not seem like it, but I really am cutting back on my swapping in favor of more 'selfish' knits.  Having said that, here are some FOs from a recently completed swap themed around Jane Austen.

First, a pair of fingerless mitts from the first volume of the Jane Austen Knits magazine from Interweave.  I call them Sense & Swapping Mitts: 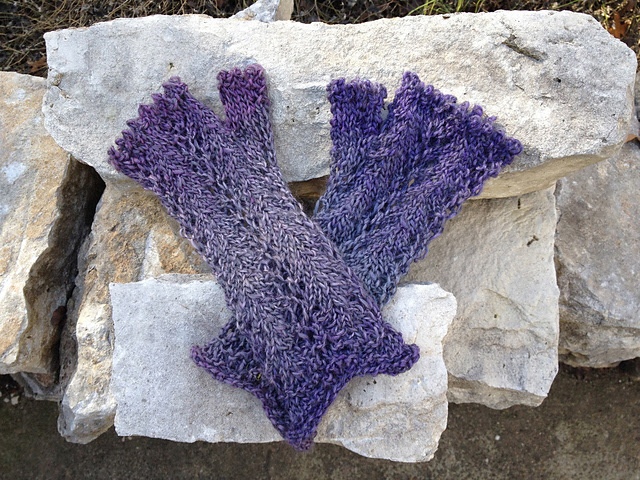 I love the subtle color shift of the yarn.  The lace pattern isn't the easiest to 'see' while you are knitting, which for a paranoid knitter like me can be troubling, but in the end I was happy with how light and delicate these turned out to be.

And with some of the extra yarn, I used instructions from another volume of Jane Austen Knits to make some matching Dorset buttons: 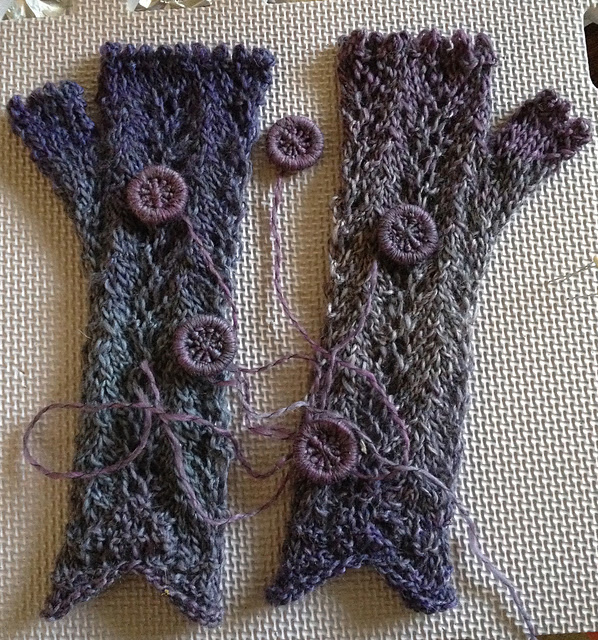 Once I got the hang of it, making them was really fun.  Is there a more specific verb than 'make' when it comes to buttons?  Haberdashed?  Whatever it is, I'd like to do some more of it, to have buttons that perfect match my knitwear.

Here's another fun verb: decoupage.  I decoupaged the cover of a hardback copy of Sense & Sensibility: 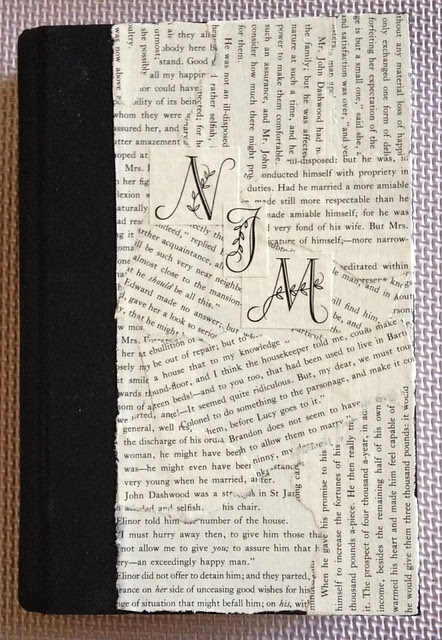 I sourced the scraps of paper from what I cut out while turning the book into a secret hiding place: 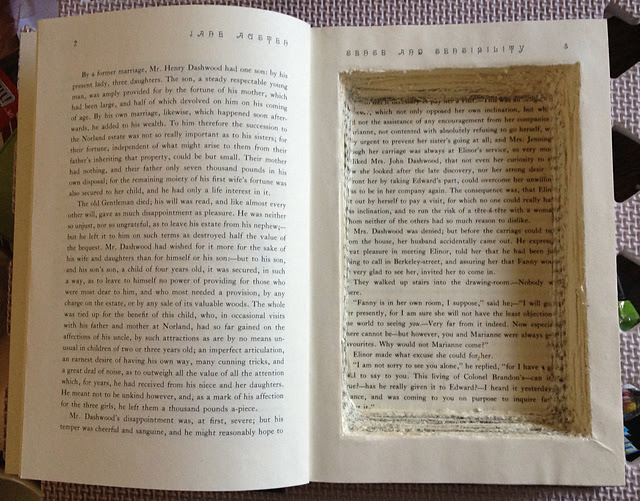 With Mod Podge and an Exacto knife, this is relatively easy, if a little tedious, to do.  It does feel a little bit wrong to destroy an Austen novel, but I don't think she would mind for these special circumstances.

Here's what I think I'm most proud of.  I'm calling it the Wibbly Wobbly Cosy Wosy: 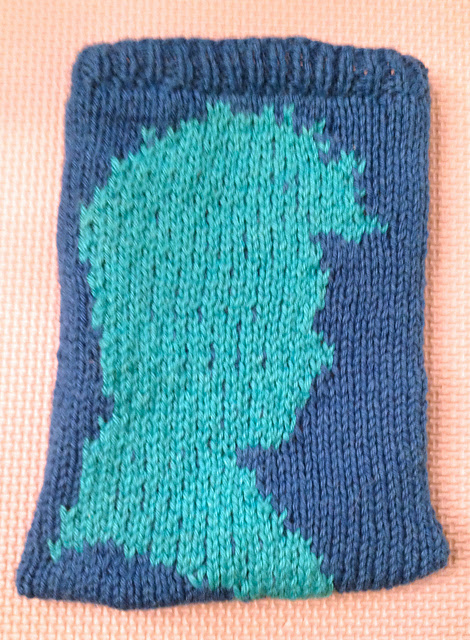 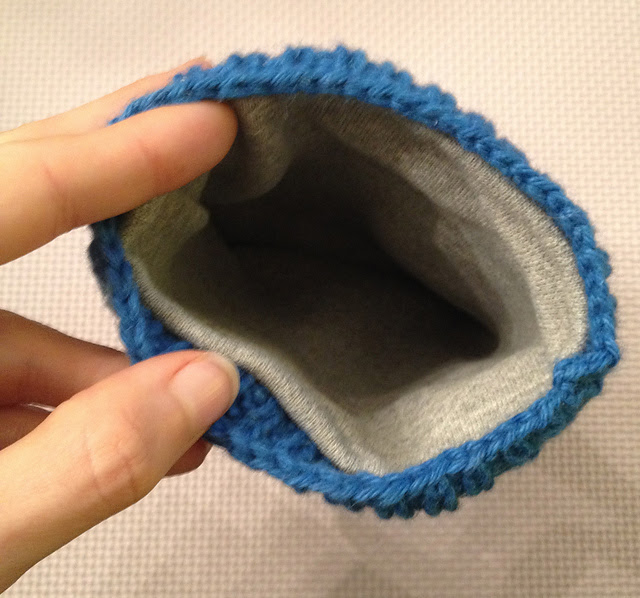 It's for my spoilee's Kindle Fire, with a cameo-esque silhouette of the Tenth Doctor.  Colorwork and a made the chart myself.  I'm not a Time Lord, but this made me feel like a Knit Lord.  My calculations and swatching didn't take into account a change in gauge while doing colorwork, though, so it initially ended up a bit bigger than I intended.  My mom lined it with some sweatshirt material, so it's smaller on the inside.  Ironic, yes?

I cast on this morning for my Sochi Socki, and so far so good.  Between those and my cardigan, hopefully I'll be able to show you more FOs in the coming weeks.  For more this week, go to Tami's Amis.
Posted by unionjgirl at 3:12 PM