For me, there are two phases of enjoying seasonal treats.  The first is the traditional way, and the second is the far more interesting reinvention of said treat.  This usually happens after the holiday is over and I'm able to stock up in clearance and experiment.  For example, making Homemade Butterfingers out of candy corn.

Panettone is a kind of Italian sweet bread, studded with dried fruits, particularly candied citrus zest.  It gets more respect than it's Christmas carbohydrate cousin, the oft-maligned fruit cake, but it's still plentiful on the shelves of World Market and Central Market in the final days of December for half off. It's tasty as it is, but I can see why after a slice or two on Christmas Day it might not seem exciting enough to finish the loaf.

There are always options for adding excitement to cakey and/or bready leftovers, though.  Maybe a little panettone french toast for Boxing Day brunch, for instance?  Since french toast doesn't really work as a treat to bring into work, though, I went with another classic treatment: bread pudding.  It's not the first time I've done something like this, with yet another Christmas-y sweet bread, in fact.  But the flavors here are different enough from my Mini Stollen Bread Puddings last year to warrant a return to the custard-soaked goodness of this type of dessert.

After a little Google searching, I found this recipe over on Flourish, King Arthur Flour's blog.  I love that it plays on the citrus-leanings of the panettone, keeping it from being just rich and bland.  And because my mother loves lemon and bread pudding, putting the two together resulted in what may be her favorite dish yet. 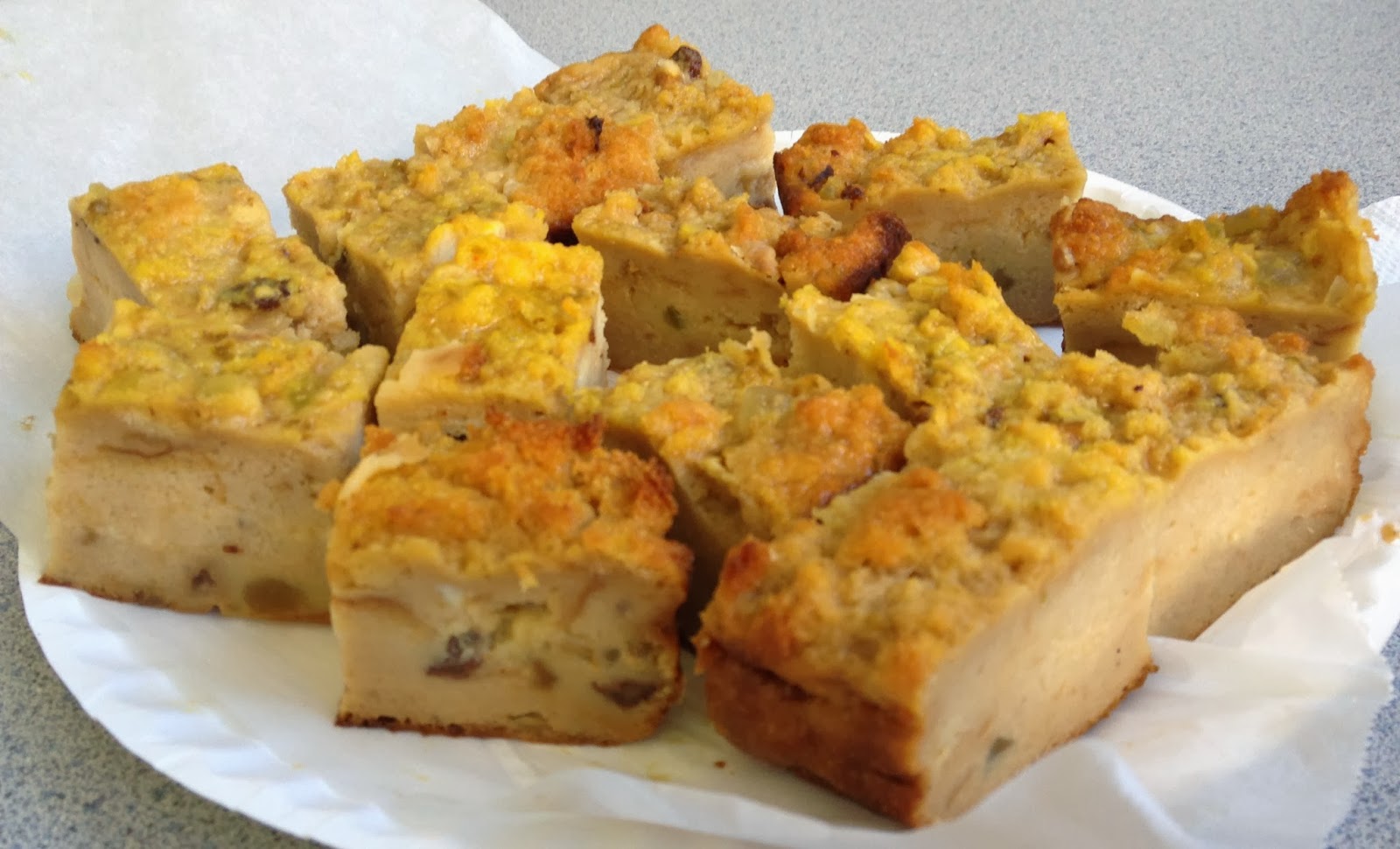 Posted by unionjgirl at 4:01 PM