I bake a lot of sweet treats, but because a blogger cannot survive on cupcakes alone, I also like to do some savory cooking.  It's just not as varied.  For klatch I try to come up with something new every week, either completely or some kind of variation.  My dinners, though, tend to be a rotation of simple favorites.  Steamed broccoli with melted cheese, oven-roasted zucchini, spaghetti squash with tomato sauce...no, I'm not vegetarian, I just like my veggies.

I also am a firm believer in this truth: everything is better with an egg on it.  So when my mom and I heard about a recipe for stuffing tomatoes with spinach and quinoa, we liked it.  When we realized we could also crack an egg in there, we had to try it.  We scoped out a few recipes for tomatoes stuffed with quinoa, or tomatoes with eggs baked inside, and decided that we could mostly just wing it.  We cooked up some quinoa, sautéing spinach with onions and garlic, coring out some ginormous tomatoes and filling them as we saw fit with both of those, along with some cheese and egg.

What does this have to do with Red Velvet Cookies?  Well, while purchasing the produce for the tomatoes, I spied some avocados and remembered that you could also fill those with eggs and bake them.  So we bought avocados as well, but that never made it into the roster of zucchini, squash, and broccoli.

Instead, I decided to try using them as a substitute fat in baking.  The cake mix I grabbed from a clearance end cap in Target.  I figured that, like chocolate, red velvet was a strong enough flavor that you wouldn't realize that there was avocado in there.  Because the mix asks for oil rather than butter, substituting is a little more complicated, because avocado isn't as moist.  So rather than attempting to make the original cake or cupcake, I went with the more texturally-forgiving cookie.

I also didn't attempt to replace the oil in the frosting mix with avocado, because you would definitely notice that tinge of green in the crisp of white cream cheese-flavored frosting.  I did still make a substitution, melted Brummel and Brown spread, but that's not particularly innovative.

To make these perfect for 4th of July, I would suggest either topping with a blueberry or blue star sprinkles. 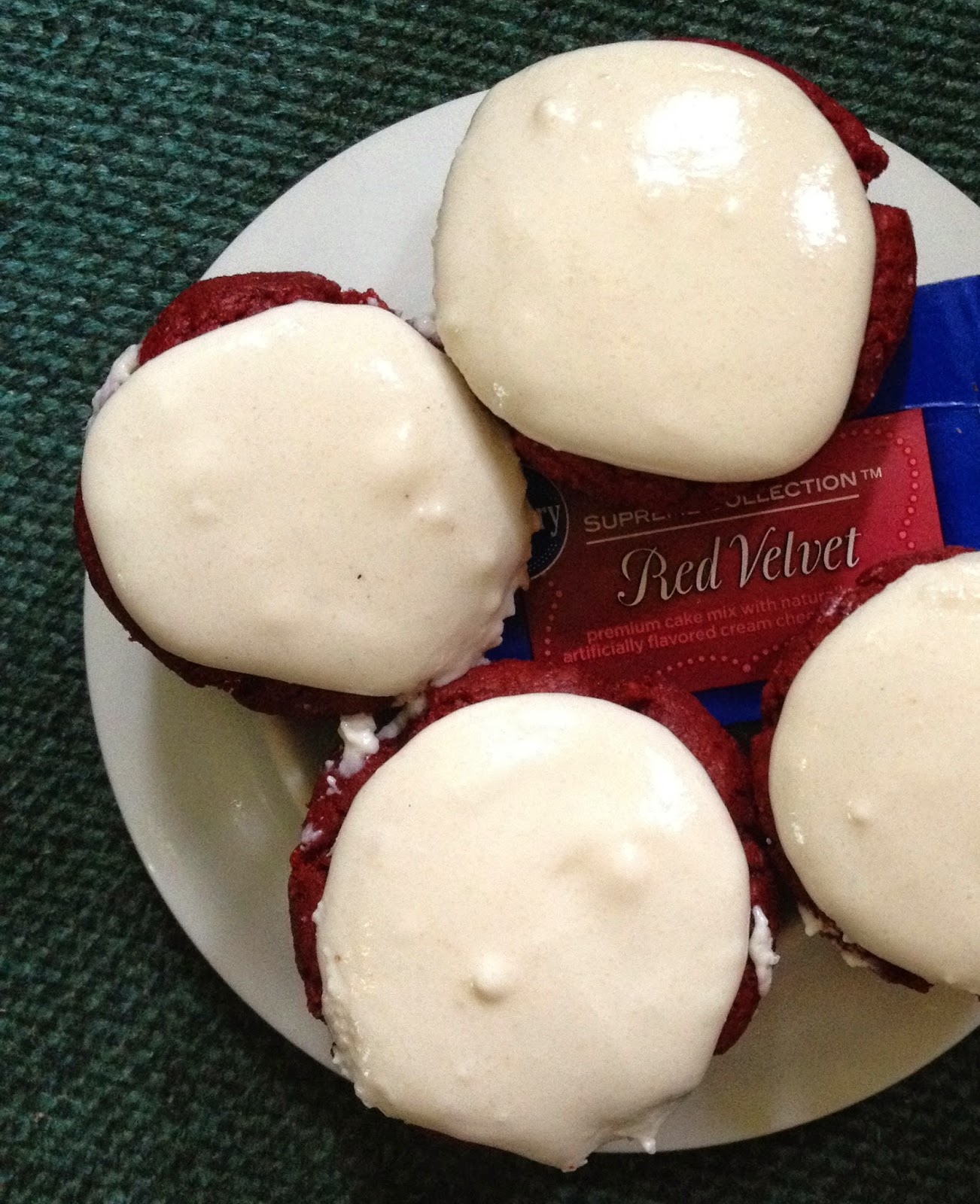 Instead of add-ins called for on box for cake*:


*Use additional ingredients as called for on box for frosting