Even though I'm never the first to try one of the new food trends, I do get there eventually most of the time.  Especially when it comes to overnight health sensations.  So forgive me, because there's going to be a lot of quinoa coming up in my cubicle kitchen.

I told you about my quinoa-stuffed baked tomatoes the other week.  Well, after filling the tomatoes with not just quinoa but onions, spinach, and an egg, there was still plenty of quinoa left for other purposes.  And by other purposes, I usually mean baking treats.  Turns out, there are all kinds of uses for quinoa in goodies, and for the most part you can treat it like you would oatmeal.  As in, when making oatmeal muffins, substitute the same amount of cooked quinoa for the uncooked oatmeal called for.

Because I also had some pomegranate arils collected, I decided to go with a cookie packed with healthy excuses to eat one more.  Between the vitamins in the pomegranate, the antioxidants of dark chocolate, and quinoa's protein power, this is practically health food.  Since breakfast cookies also seem to be pretty trendy, I think you could pass these off as one of those too. 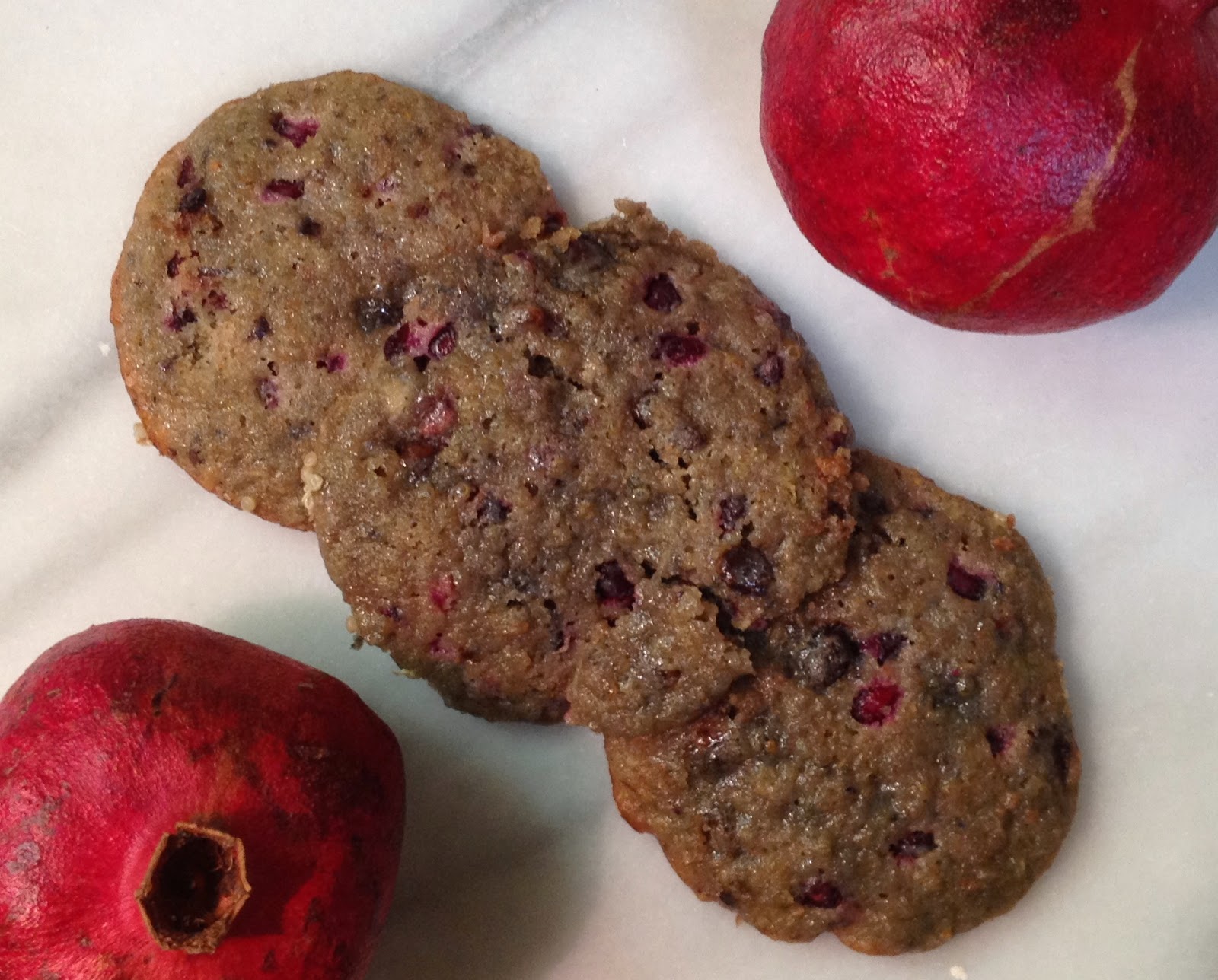 Posted by unionjgirl at 5:41 PM