Okay, everyone.  I promise, I really did go to the UK.  It was not a dream, nor was it a extreme fib to excuse a blogging break.  I was there for a relatively few short days, and I filled those days with lovely walks in the park, yummy food, a little culture and of course a few yarn stores.

I still hope to share some photos from my trip in later posts.  But to prove my point, here is just one from another 'of course'.  At least it was an of course for me.  Because when I would visit my grandparents for weeks at a time during the summer when I was a kid, Hamley's, the seven-story toy store, was always high on my list of places I had to go to.  So even as a twenty-something, I have to have a wander around.

Though I was able to keep myself from buying any toys, I did snap some photos of these excellent Lego displays:

First, the Queen and one of her Corgis, and then Prince William and Kate doing the wedding wave alongside Charles and Harry.  There you have it, proof that I was there less than three years ago.

Further circumstantial evidence could be taken by the fact that the first klatch treat I made after the trip was shortbread with a tea glaze.  What can I say, I was feeling British.  These are excellent for enjoying with your tea, which should of course be drunk out of some Royal Wedding china. 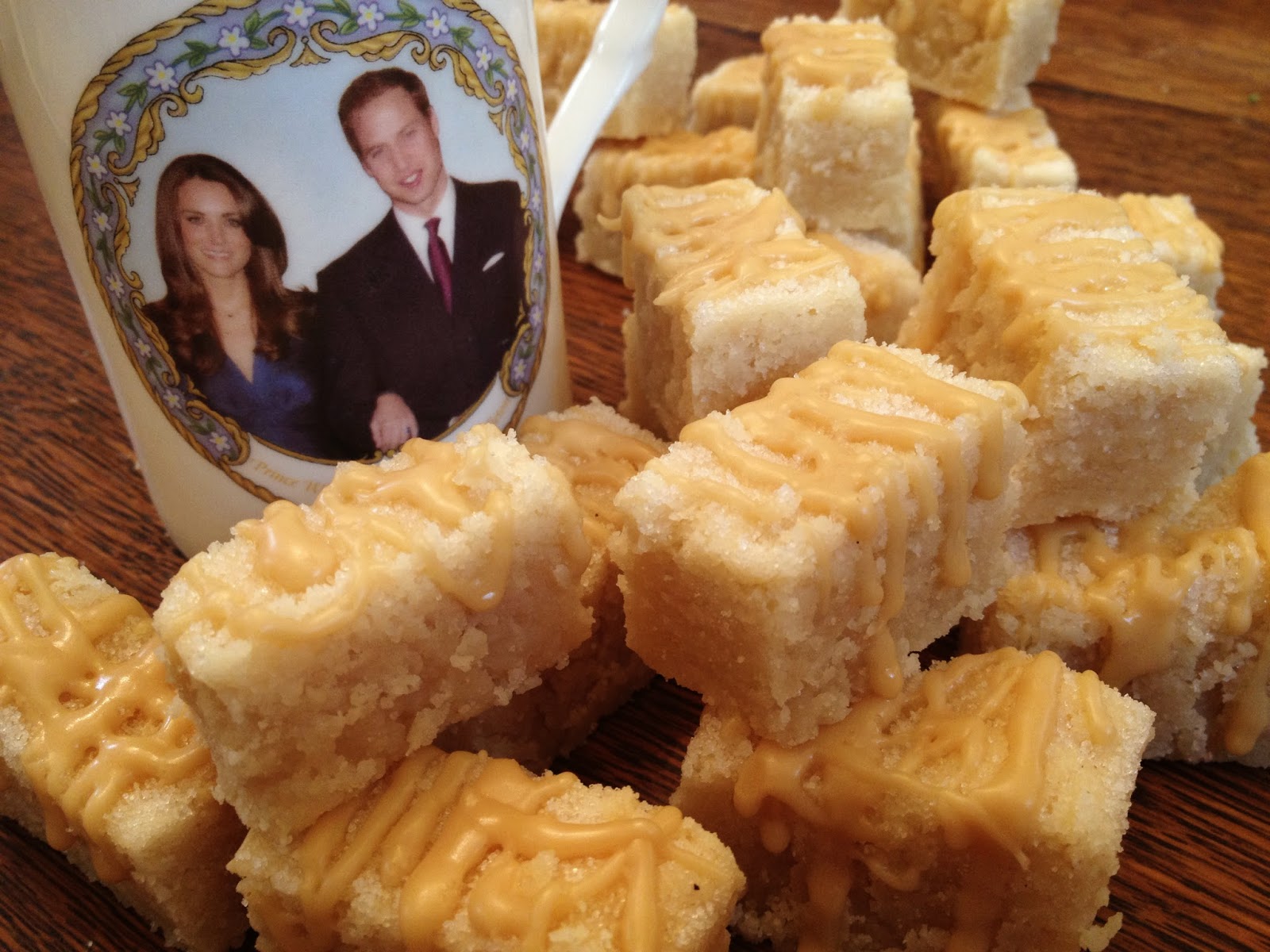 Posted by unionjgirl at 2:30 PM