In comparison to the rest of my library of books, my cookbook collection is actually quite small.  I'm occasionally seduced by the dishes in a particular book while browsing the shelves of Half Price Books.  But I often overlook cookbooks entirely when thinking about what I'm actually going to bake, turning instead to Chef Google.

Last week I decided to turn the tables and instead flipped through one of my cookbooks before going out grocery shopping.  I chose CakeSpy's Sweet Treats for a Sugar-Filled Life.  Because I love her and her blog, and the book was calling to me in all of its pinkness.

I was lucky enough to find a recipe that used mostly ingredients that I already had on hand, some of which I was keen to use up.  And you're lucky too because it turns out that she published the same recipe online.  So you can make this too!

The only real changes I made to Jessie's recipe were substitutions, using cereal and peanut butter that included berries.  'Red Berries' to be precise according to the cereal box.  That feels like one of those terms they use on products to be deliberately evasive.  Like 'natural flavorings'.  What exactly are red berries?  As near as I can tell in the cereal it meant dehydrated strawberries.  I tossed in another berry which is technically red by using a Cranberry Crunch peanut butter.  If I were going to change things up even more, I might add some jam (raspberry, to round out the red berry cast?), maybe as a layer between the cereal and the chocolate.  Just to bump up the fruity factor.

I've also noted that I didn't have any issues with cutting these bars after refrigerating.  Which is true.  The only problem I had was that they tasted so good that I kept justifying the need for me to eat more 'scraps' by adjusting the size of the bars.  Like, 'Oh, this one looks too long, let's just cut a little bit off the end,' then, 'Oh, now it looks too wide, I'll just trim it down the side.'  And so on and so forth until the bars went from three to two bits, and now some of the leftovers have been further reduced to bite-sized. 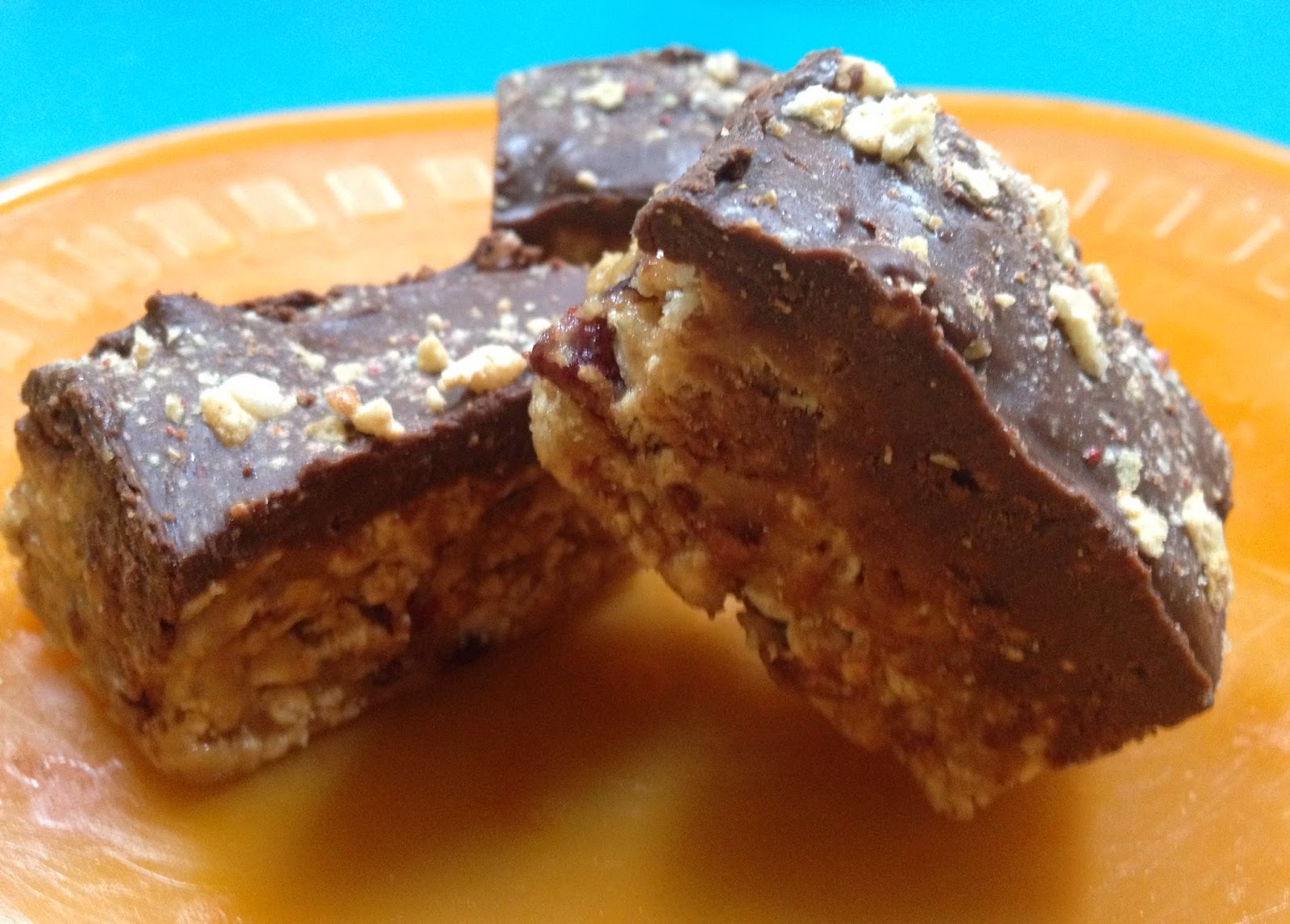 Posted by unionjgirl at 3:57 PM