Tomorrow morning I'll be going to the last of three sessions in my Intro to Wheel Spinning class.  It's been a lot of fun, and I've been pleasantly surprised by how quickly I picked it up.  It certainly was a great help that this wasn't my first experience spinning, just a new tool.  Though the mechanics are a bit different, the principles of drafting and twist are the same.  So here are some pictures of what I've been spinning up on Sundays and with a little practice every day in between.

The first week, after figuring out exactly what the parts of my wheel were and all that, we started out with some silk hankies and Corriedale. 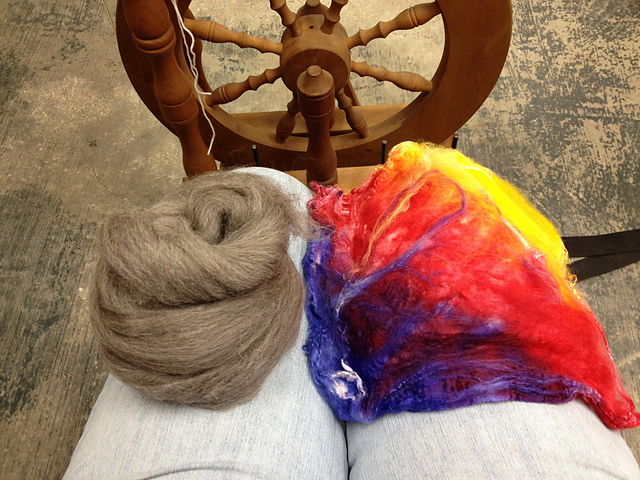 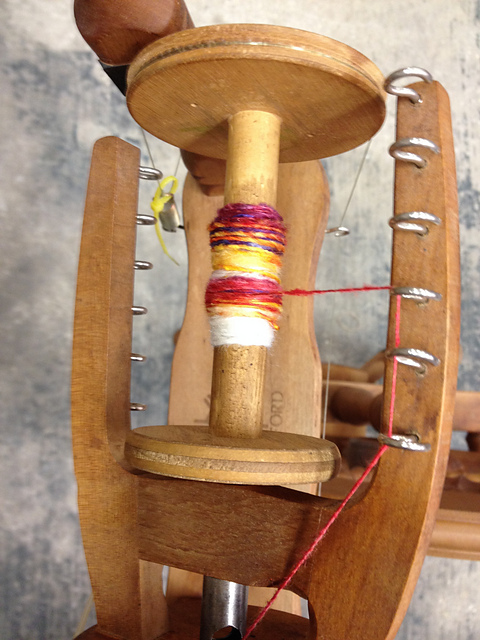 I am now in love with silk hankies.  It feels like cheating, spinning with them because they work up so easily.  The Corriedale was nice as well, and the gray against the bright colors was fun.

Once I got home, I just grabbed some of the random fluffs of fiber that I had gathered over the years.  Roving samples and things like that, anything that wasn't a complete and labeled braid that could be a project in and of itself later.  And with those, I added to my bobbin's collection: 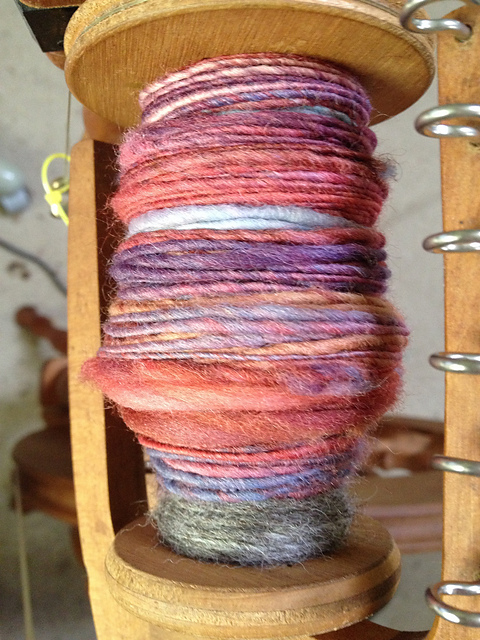 And then, last Sunday we ventured out into batts.  Sparkles! 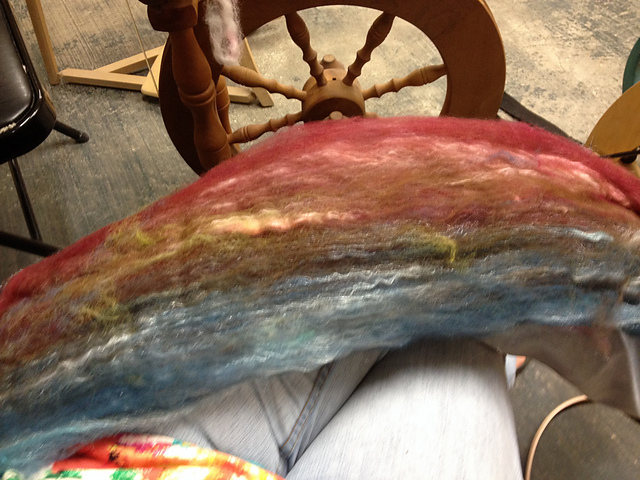 This was a lot of fun to work with, and I tried spinning woolen, which was interesting.  I might do more of that for a particular project, but I think for the most part I'll be sticking with worsted.  I brought some of my fiber scraps and continues to just mix and match. 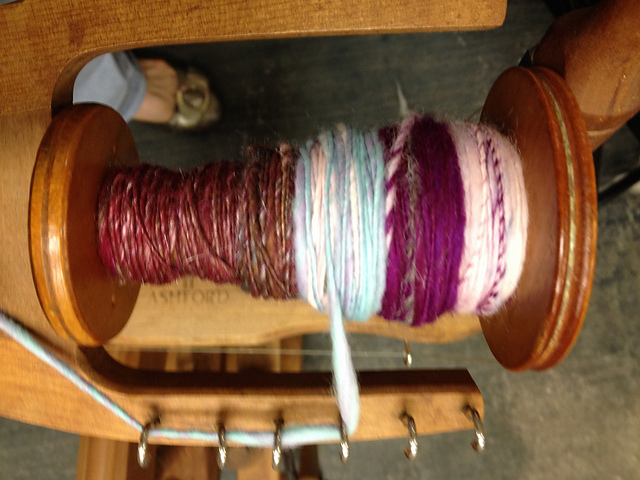 I filled up an entire bobbin very early into the class, and now my second is also basically full. 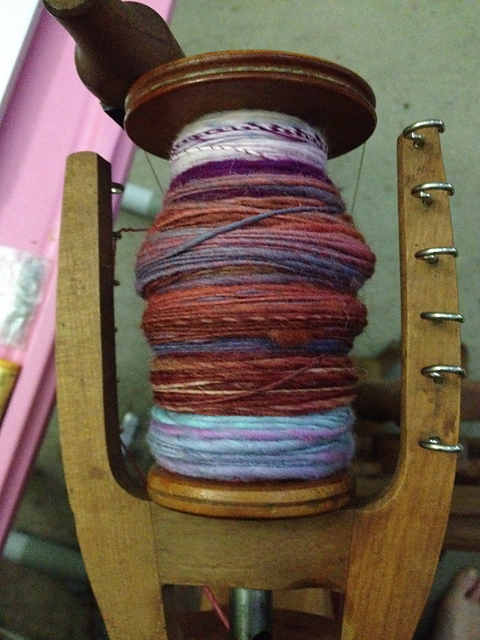 The crazier the colors the better, I think.  So now I have two bobbins ready for tomorrow's session of plying.  And then I have to decide what to knit with my newly handspun yarn.  At the moment I'm thinking perhaps a Danger monster?  I'm open to suggestions!

And check out Woolen Diversions for more spinning inspiration, she's done some great stuff!
Posted by unionjgirl at 4:32 PM